Ulaanbaatar, also spelled Ulan Bator – but known affectionately to locals and expats as UB – is Mongolia’s capital city and home to around 1.5million people, which equates to roughly 50% of the entire population. UB is also the main international travel hub, so chances are you’ll start and end any trip in this vibrant metropolis. Needless to say, it isn’t usually on many people’s ‘must-see’ lists when planning a trip to Mongolia, as the attraction for most is the country”s wild landscapes and nomadic traditions, but our guests are often pleasantly surprised by the city’s unique charm, laid-back atmosphere and compact hub with its large central square and wide avenues, with low-rise soviet architecture mingling with modern skyscrapers and ancient temples. Just don’t mention the traffic……..

Ulaanbaatar sits on a plateau astride the confluence of the Selbe and Tuul rivers, at an elevation of 1,350m, surrounded by low-lying hills and the larger forested peak of Mt. Bogd to the south. The city originated as a seasonal migratory abode of the Mongolian princes and in 1639 finally attained some form of permanence with the construction of Da Khuree Monastery. This building became the residence of the Bogdo-Gegen, high priest of the Tibetan Buddhist religion, and remained as such for about 200 years. Da Khuree became known to the Russians as Urga and developed as a trade centre between China and Russia. In 1911, when Outer Mongolia declared itself independent, the city was renamed Niislel Khuree (“Capital of Mongolia”). In 1921 it was occupied by troops of Mongolia’s revolutionary leader, Damdiny Sühbaatar, and the Soviet Red Army. When Mongolia was declared a people’s republic in 1924, the city was renamed Ulaanbaatar, which means “Red Hero”.

100 years on and Ulaanbaatar is a place that has seen rapid change since the fall of Communism in the early 1990’s. Mongolia’s recent mining boom has triggered high-octane economic growth in the country, transforming the capital city from a dusty communist outpost to a modern hub of industry. Since its transition to a free-market economy, the city’s population has more than tripled to 1.5 million inhabitants. Luxurious shopping malls, modern art galleries, skyscrapers, international hotels, restaurants and cafes now stand where, only 30yrs ago, it was not uncommon to find deer grazing alongside Peace Avenue, the main thoroughfare that bisects the city.

Ulaanbaatar is divided into 9 districts and 122 khoroos. The core of the city features Soviet style architecture – grand neoclassical government buildings and grids of rectangular, multi-story apartments that were mostly built in the 1960s – plus more modern skyscrapers and glass-fronted buildings that have shot up in the past 20 years. However, further exploration into the suburbs of Ulaanbaatar reveals a stark division between its burgeoning central commercial districts and its outlying communities. The population growth is mostly outward into these low-density neighborhoods that have emerged on the fringes of the city, particularly in river valleys and hillsides north of the city centre. Migrants typically set up gers, the circular, herder dwellings that nomadic people have traditionally used in the Mongolian steppe, hence these areas are known collectively as the ‘ger districts’, home to around 60% of the city’s population, and are characterised by a severe lack of social and physical infrastructure – including central heating, running water, indoor plumbing and sewer connections, schools, and hospitals.

No trip to Mongolia is complete without an introduction to its heritage at one of the many cultural and historical centres in Ulaanbaatar. Highlights include the must-see Buddhist sites of Gandan Monastery & Choijin Lam temple, and the Winter Palace of the Bogd Khan which was the residence of the last king of Mongolia. UB is also home to a number of quirky museums such as the Museum of Political Persecution, UB City Museum, Military Museum, Nicholas Roerich Residence, Intellectual Museum, Central Museum of Mongolian Dinosaurs, Zanabazar Fine Arts Museum, and the Costume Museum. The city is also a hotbed of emerging artistic talent, with several private galleries dotted around town, plus the exhibitions at the Mongolian National Artists’ Union.

UB’s historic centre is easily accessible on foot, and a short stroll from most hotels will bring you to the expansive Sukhbaatar Square, named after the hero of Mongolia’s 1921 revolution Damdin Sukhbaatar, whose statue graces the central plinth, and is flanked by prominent buildings such as Mongolian Parliament Building, City Hall, Cultural Palace and the Opera House.

At Goyo Travel we also have a reputation for showing guests parts of Mongolia’s rich cultural fabric that aren’t accessible to the general public or by paying admission. Some of the special interest activities we can facilitate include visits to a cashmere factory floor, a master bowman’s workshop, a traditional horse-headed fiddle maker, a cookery lesson with a local family, an audience with a shaman, a fitting with a tailor for a Mongolian deel (traditional robe), and we’ve even arranged a renewal of vows at Mongolia’s Wedding Palace.

UB has a vibrant cafe and restaurant scene, drawing influences from its Asian neighbours but also further afield in Europe from countries with long-held ties through the expansion of the Mongol Empire centuries ago. In addition to the array of Mongolian ‘guanz’ cafes serving staples such as buuz (steamed dumplings), huushuur (fried dumplings) & Tsuivan (stir-fry noodles), and their smarter restaurant equivalents, Ulaanbaatar has a proliferation of other cuisines – Korean hotpot-style restaurants, plenty of Japanese, and a whole host of world foods from Thai, Indian, Chinese through to Cuban, North Korean, Ukrainian & Turkish.

Ulaanbaatar is almost unrecognisable now since its emergence from the ashes of Communism and soviet satellite control in the early 90s to what is now a burgeoning capitalist outpost replete with top-end cashmere boutiques, international brands, and even a Louis Vuitton store. UB is truly a city of shopkeepers, almost every door off every street reveals some form of family enterprise selling anything from antiques, kitchen accessories, Korean food, baby clothes, Ikea items on unofficial resale, Italian shoes, oversized wholesale packets of American food staples, right down to the stalwarts of Tetley teabags and Heinz Baked Beans at the British Shop. The suburbs are graced with large indoor and outdoor markets selling everything from sheep’s tail to leather hides, from car bumpers to saddles, and fake Chinese fashion imports to rolls of finest cloth for the traditional Mongolian Deels. The largest such market, or zah, is the Naran Tuul to the east of the city. In the heart of town lies the iconic State Department Store, Mongolia’s oldest incarnation of the format, which is still to this day known colloquially as the Ikh Delguur – Big Shop – a throwback to the Soviet days when it was only one of its kind.

It takes a trained eye to look past the piles of tourist tat that lines the shelves of many a souvenir shop, but our expert guides can steer you in the right direction to find authentic Mongolian crafts – felt products at the Tsagaan Alt co-operative; quality workmanship and design at the Women’s Quilting Centre; hand-made embroidery and leather-work at Mary & Martha Fairtrade shop – plus authentic historical art and antiques by reputable dealers specialising in Buddhist thankas, ceremonial objects, carved jade snuff bottles, and hand-painted antique ger furniture. 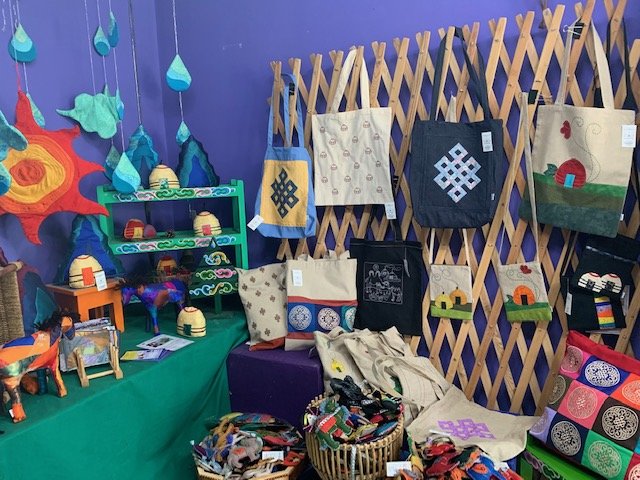 Living in Ulaanbaatar is not for the faint-hearted – after all it holds the title of the world’s coldest capital city, with winter temperatures regularly hitting -40 degrees celsius in January. This is also the time when the city suffers from pollution – mainly from the burning of all the low grade coal. As a result, Ulaanbaatar regularly features in the top 10 most polluted cities, although it is only really an affliction that befalls it during the winter. In the summer months, which is when most people visit, the air is usually pretty clear, so it is actually not too helpful to look at averages – and UB is not your average city! Take a look at this Living in Ulaanbaatar video which charts the journey of Ulaanbaatar from nomadic outpost to boomtown. 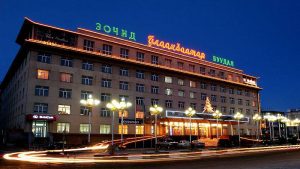